PSDI is equipped with 8 pilot plants units towards the production of clean fuels and energy. These units include: 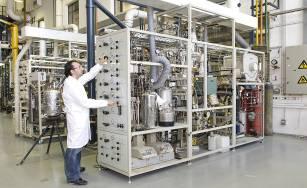 The synthesis gas production unit was designed and manufactured within PSDI, aiming to convert natural gas, hydrocarbon gases and oxygenated liquids to synthesis gas. The SYNGAS unit consists of a fixed bed and a spouted bed reactor which may operate in parallel or individually. The SYNGAS unit is a fully-automated unit.

The goal of this unit is the power production of 10 kW, using autothermal reforming steam reforming of methanol and utilizing the produced hydrogen in PEM fuel cells. The steam reforming of methanol is considered a superior methodology over the other two alternatives (partial methanol oxidation and methanol reforming), as it is a combination of the other two. The proposed methodology causes less catalyst sintering and does not require additional reactor heating. 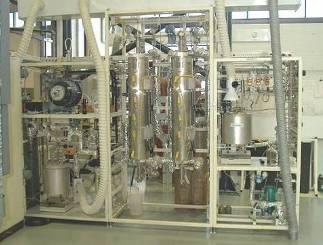 A large pilot-scale hydroprocessing unit has been used for a variety of projects including hydrotreatment catalyst evaluation, hydrotreating and hydrocracking of heavy refinery streams, hydrocracking of Fischer-Tropsch wax, etc. It consists of two fixed bed reactors in series (D=2.8cm, L=48 cm), and is fully automated. It has capacity of ~14 lit/day processing feedstock and combines all the sections of an industrial scale hydroprocessing unit.

This unit is sufficiently equipped in order to study and control the operation of a single or a cluster of PEM fuel cells. Furthermore it is utilized for Monolithic Electrochemically Promoted Reactors (MEPR) in high temperatures or Solid Oxide Fuel Cells (SOFC). The unit includes an integrated flow control system, gas IR analyzers, potentionstat, high temperature furnace and operating control system. The main goal of this unit is the basic study of the electrode yield for the aforementioned fuel cell assemblies. 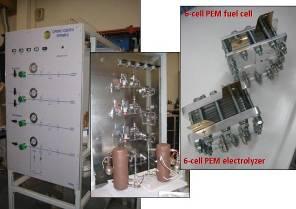 This unit consists of an integrated system for the operation and study of operating parameters of a regenerative PEM fuel cell (RPEMFC) system. It consists of a of PEM fuel cells’ cluster and an electrolytic assembly of PEM type for the production of hydrogen and oxygen, an integrated flow control and electrical control system of the cluster. The unit is equipped with the necessary automation to allow continuous operation for extended periods of time. The unit is at the final stage of its construction.

This unit enables research studies on single fuel cells and of the materials they incorporate for their SOFC application. It consists of an advanced arrangement (button cell) with the advantage of automated control of the atmosphere of both anode and cathode. It further includes a cylindrical furnace for allowing operations at high temperatures (up to 1200oC). The operation of this unit is temporarily supported by the SOFCU unit (see above).

This includes two autonomous units. The first one involves production of membrane electrode assemblies for PEM, and it consists of a press which can operate up to 300oC. The second one is a spray printing device for catalyst deposition in the form of electrodes.

This unit enables the study of the aforementioned electro-catalytic processes and the electrochemical characterization of the solid electrolyte catalyst. The unit includes an intergraded flow control system, a gas chromatograph, a potentionstat/galvanostat and a high temperature furnace. 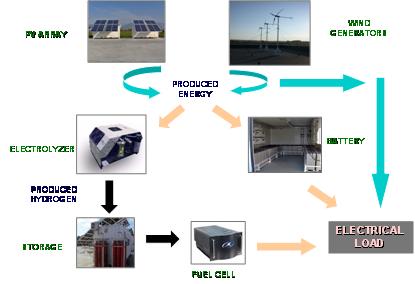 PSDI has developed a stand alone power system which is based on solar and wind energy in order to produce hydrogen. The 10 kWp power system includes an energy storage facility which enables the autonomous power production throughout the year. This power system is part of an ongoing collaboration with a private company in Xanthi, Greece . 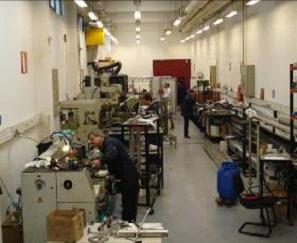 This Machine Shop includes all necessary machinery infrastructure to support the construction and maintenance of the laboratory pilot plants. The machine shop includes mechanical and electrical equipment for supporting the laboratory needs. 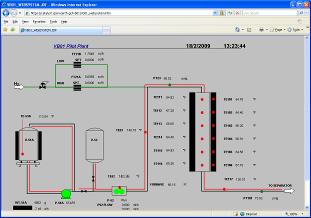 affiliated laboratories and to provide third-party services. These tools include: 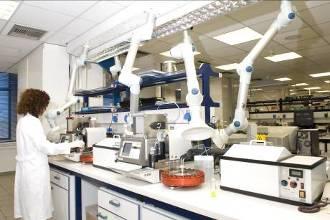 PSDI works closely with other laboratories of CPERI which provide additional services that support the research programs PSDI is involved with. Within CPERI there is a modern and fully equipped analytical laboratory involved in fuel quality control (analyses on crude oil, petroleum fractions, products and lubricants) as well as quality control of hydrocarbon gaseous mixtures.  Furthermore PSDI collaborates with another independent laboratory which allows detailed physical, chemical and morphological characterization of materials.

The BIOFUELS-2G project received the...

T-CELL Project was selected among...

Best Poster Award at the...

On the way for Rolincap...